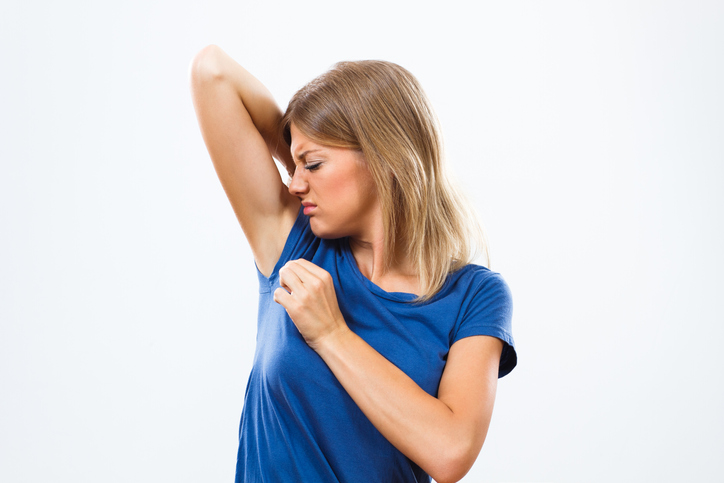 Sometimes underarm odors can be stubborn, strong, and just don't seem to go away. Do you apply your deodorant and find that just an hour later, you're experiencing an offensive smell? Here are two simple tips for removing stubborn underarm odors naturally.

Have you ever found that even after washing with soap, your skin still smells? Sometimes this can happen based on foods you've eaten, fluctuating hormone levels, or just genetics.

I have found that using a paste of baking soda as an underarm "masque" works wonders to detox the skin from stubborn odors.

The process is pretty simple: put a small amount of baking soda in your palm (around a teaspoon size) then add enough water to it to make a paste. Apply the paste to your underarms and let it sit for at least 60 seconds. Scrub and rinse off. Do a sniff test, and repeat if needed until all odor is completely removed.

Sometimes our skin can get a buildup of bacteria and oils called a biofilm, that can be difficult to remove. The baking soda helps to break down this biofilm and give you a clean slate to work with. 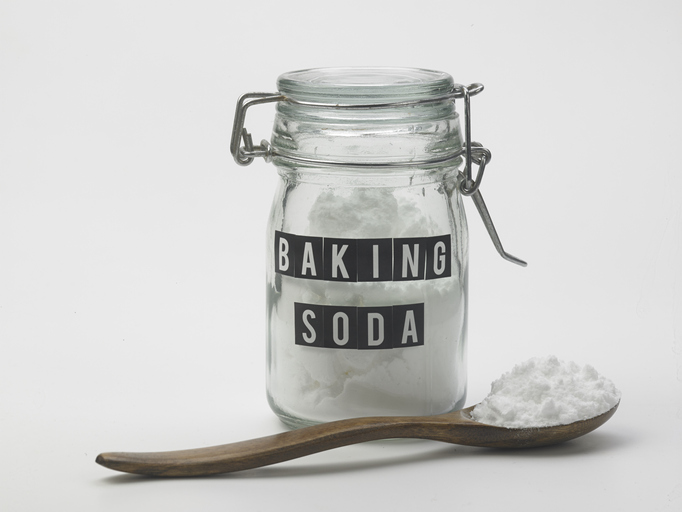 Your clothes can be an unexpected cause for underarm odor. Clothes can smell just fine out of the wash, but can actually harbor bacteria and carry odor-causing compounds that are activated with the warmth of your body or by perspiration. Underarm sweat contains a lot of different compounds. From amino acids and fatty acids that feed bacteria, to a compound in everyone's skin, sweat, and urine called urea. Ever notice yellow stains on white clothing, or chalky-looking stains on dark clothes? These are sweat stains, primarily made up of dried up urea. Additionally there may be a buildup of amino acids in your fabric that then feed odor-causing bacteria.

If you're noticing body odors that develop quickly after getting out of the shower, take a closer sniff and see if the smell is coming from your clothes or your skin itself.

The good news is, there's a way to remove the compounds AND odor from your skin! And it's simple and cheap.

Start by running the area under water. 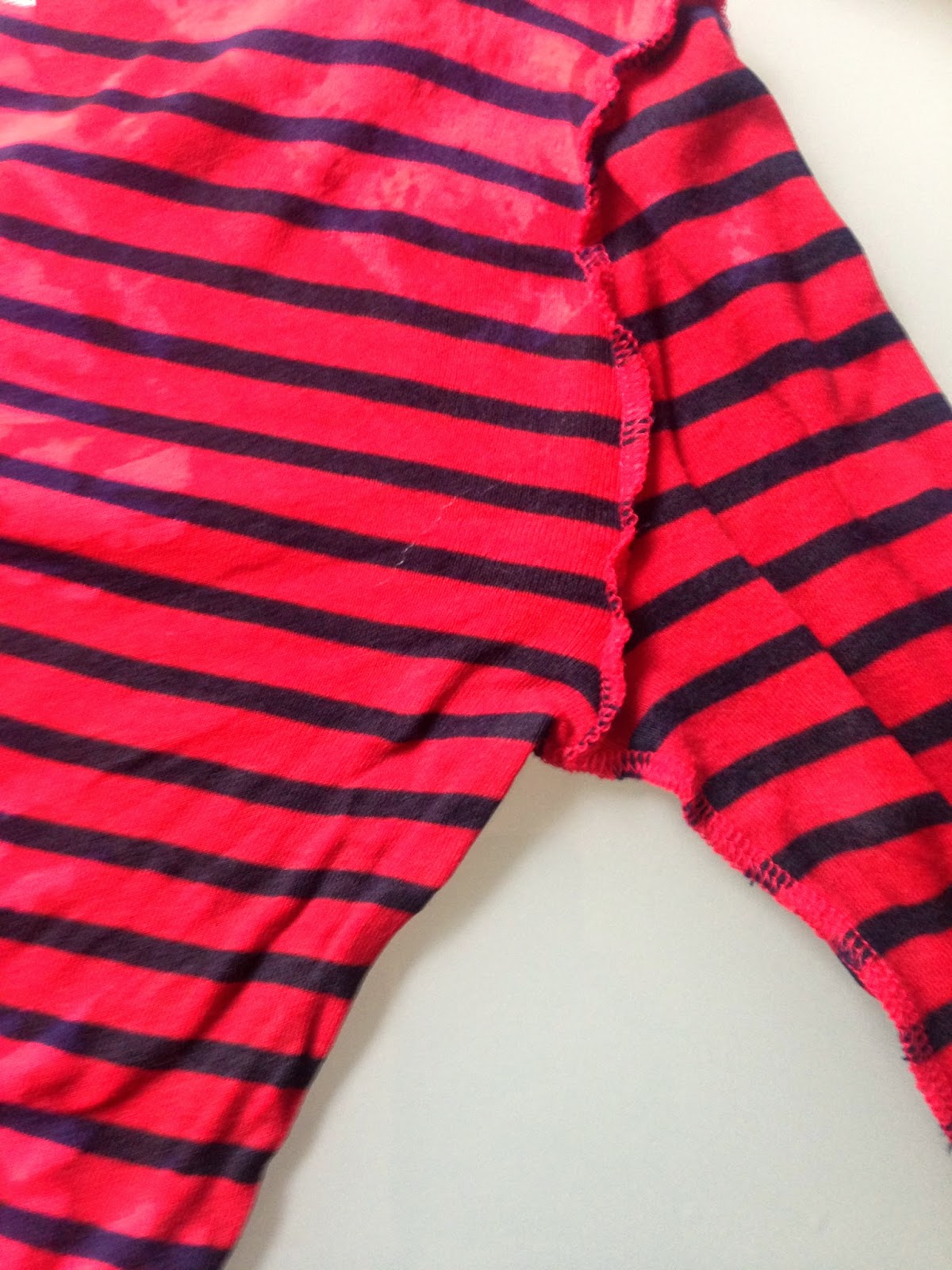 Next, make a paste out of one part warm water to two parts baking soda. 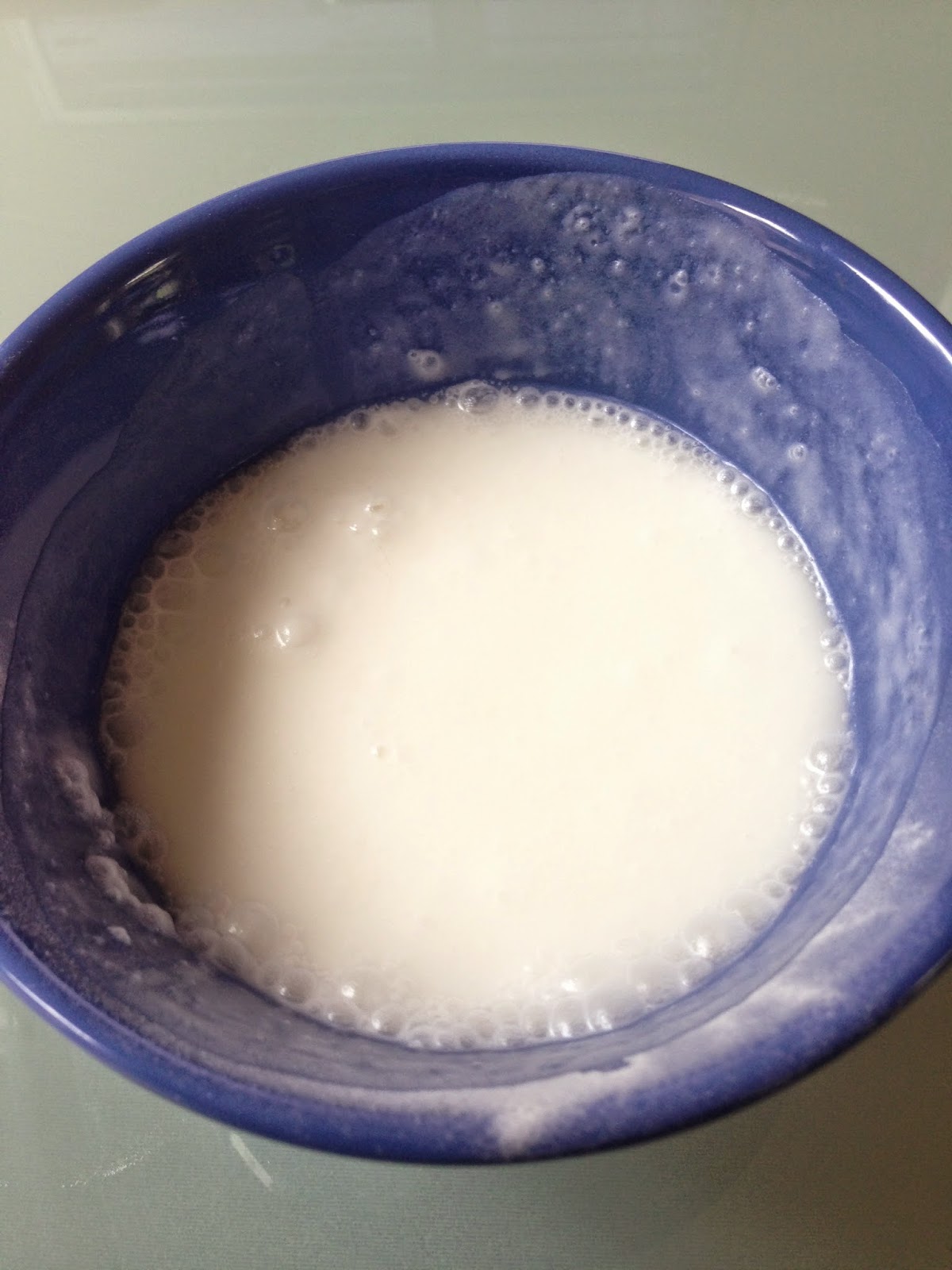 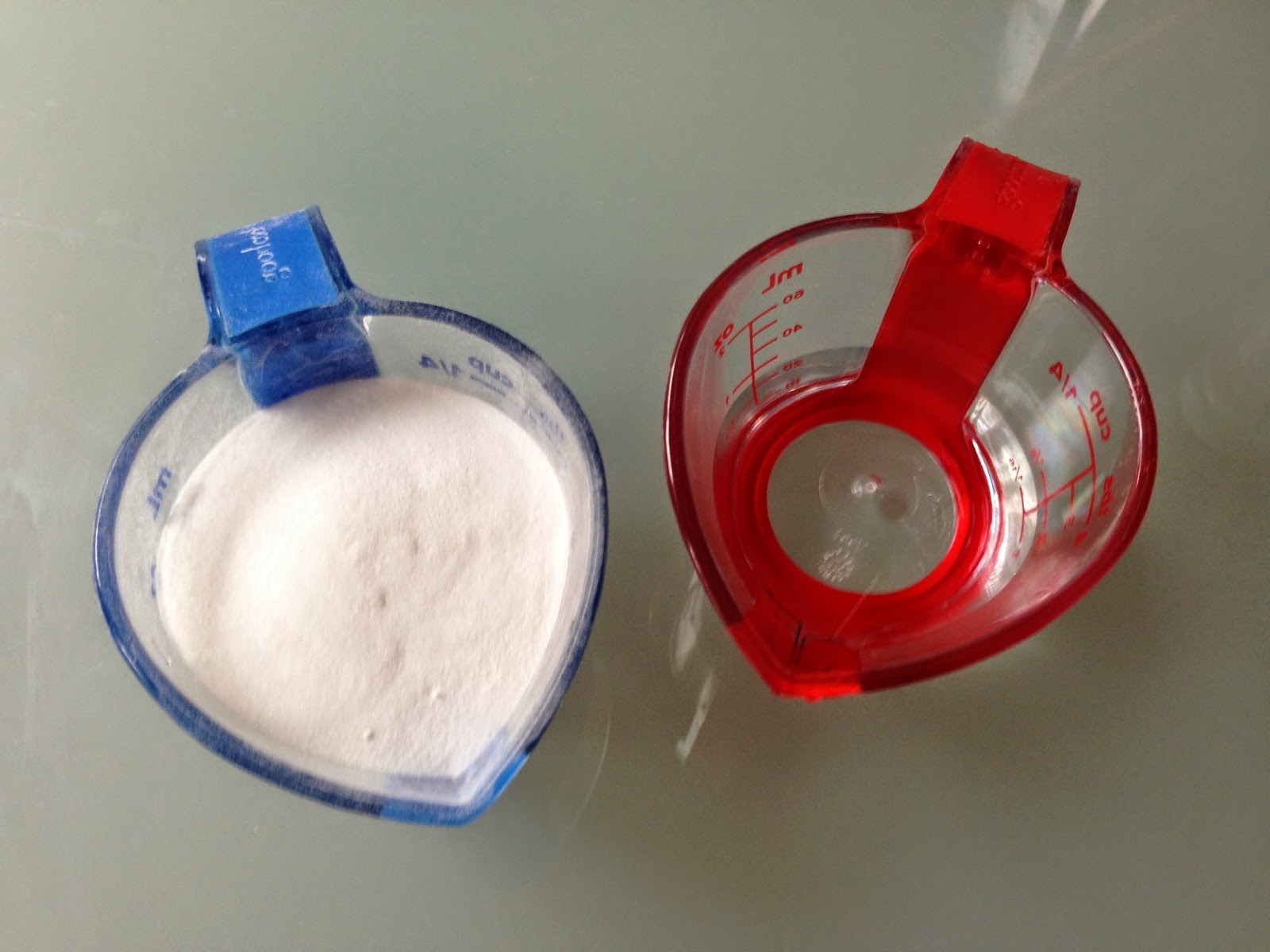 Slather a generous amount of the paste on to the area, and let the paste absorb on each side by gently rubbing your shirt together. 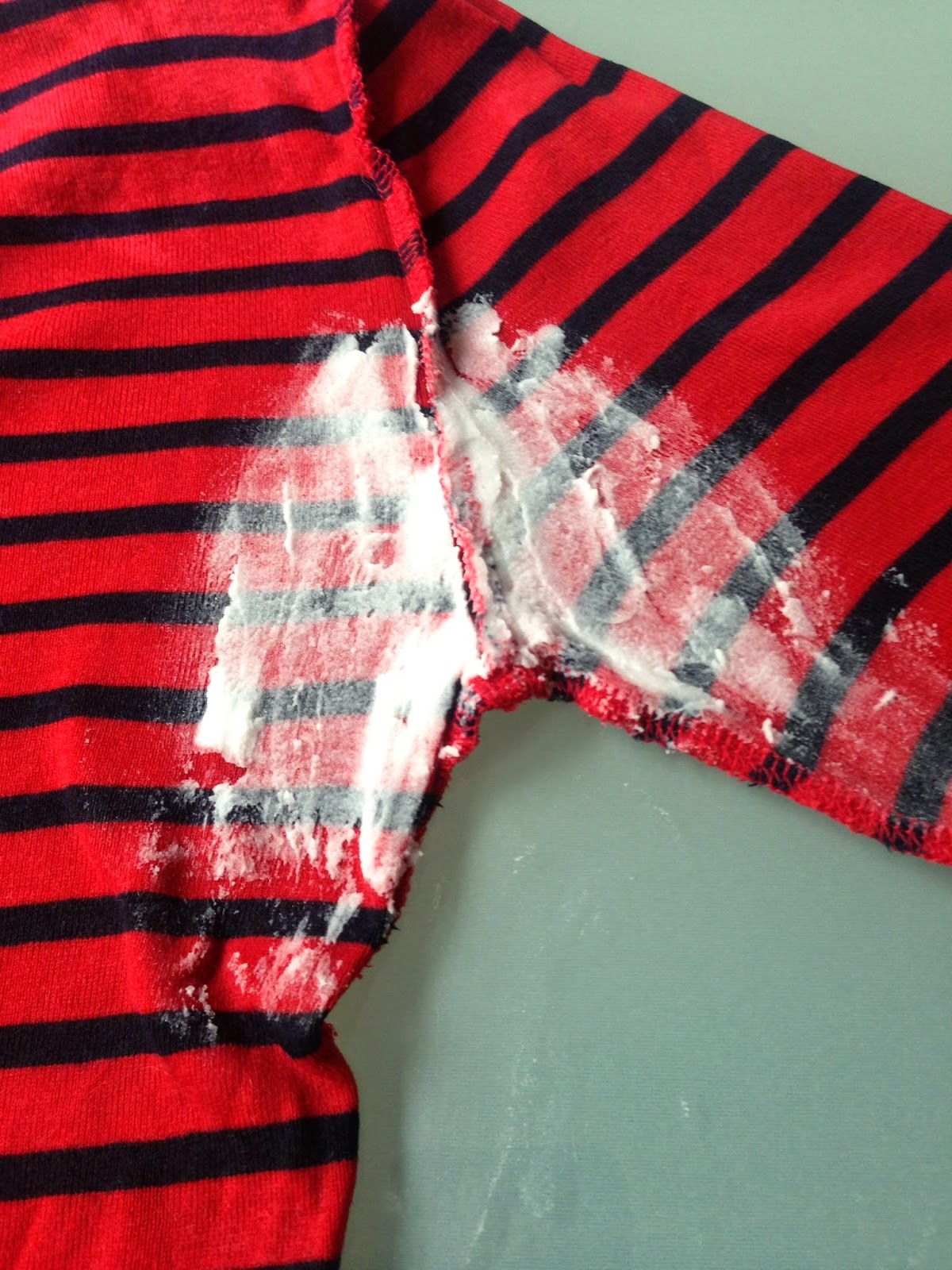 Then, let the paste sit for 30 minutes to an hour. Rinse and machine wash as usual.

If you still have visible sweat stains after this, crush up three aspirin pills and mix the powder with a half-cup of warm water in a shallow bowl. Submerge the stain in the mixture and let it sit for two to three hours. Then, wash as per usual.

Now you have clean clothes with no pit stains and no residual odors!

When you use heavily fragranced soaps or washes to clean your underarms, that fragrance, especially if it's synthetic, can be covering up odors on your skin. Then, once the fragrance of the soap wears off, you're left with stubborn smells that appear quickly once you start sweating. If you find that odors develop quickly for you out of the shower, try switching to an unscented soap so you can make sure that you're totally clean and odor-free out of the shower. 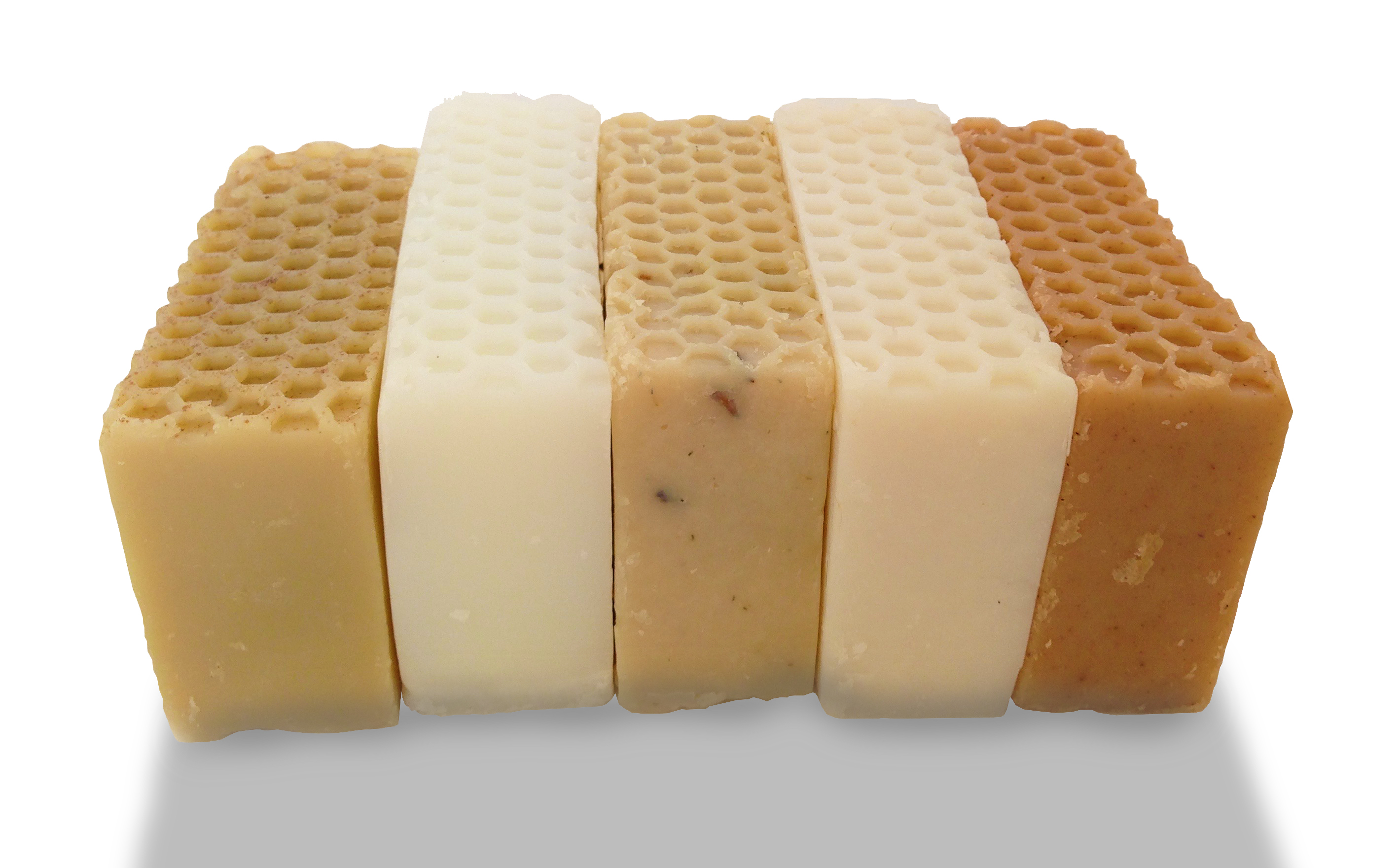